Home Woman There’s an epidural shortage in Canada but there are lots of other... 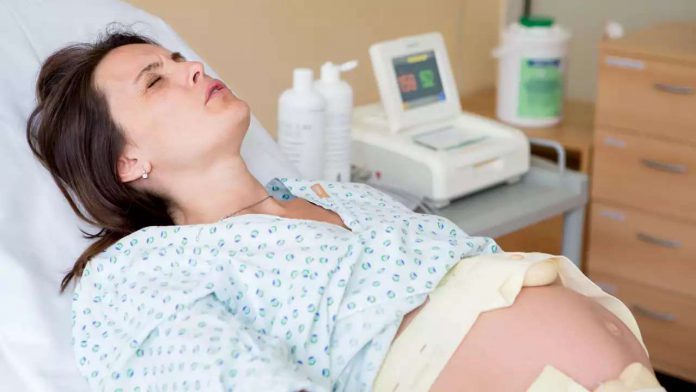 If you were hoping for an epidural, it’s time to ask your doc if your labour will be affected by the shortage and choose an alternative pain-management strategy.

By
July 29, 2022
Photo: iStock/tatyana_tomsickova
This week, Emily Roller of Brantford, Ont. received the last news any pregnant person wants to hear in the lead-up to their delivery. “My midwife told me that there are
epidurals
available for very extreme cases and those with health risks. Everyone else, unfortunately, is SOL,” she says.
In case you missed it, over the last week or so, news broke of a global epidural catheter shortage that’s affecting
many parts of Canada
(and there may be more to come). This is of course of grave concern to pregnant people who planned to manage their labour pain with an epidural. But while an epidural is the “gold standard” because it allows for pain relief to be given continuously over an extended period of time, there are lots of other pain-management options, including pharmaceuticals, says Dr. Lucie Filteau, Vice President of the Canadian Anesthesiologists’ Society. “If certain hospitals are left without epidural catheters, then they’ll be using these other techniques for more patients than before, but they’re not new,” she says.
If you’ve been told that your upcoming labour and delivery could be affected by the shortage, read on for alternative pain-management options you may have access to.
What is an epidural, actually?
An anesthesiologist inserts a catheter about five centimetres into your back via needle, so local anesthetic can be delivered to the epidural space, where it puts the nerves passing through the spine to sleep, stopping the pain messages from travelling to the brain.
Is there truly an epidural shortage?
The shortage—which isn’t of the medication itself, but the catheters used to administer it—is real, says Dr. Filteau. “It was initially thought to be impacting just certain provinces, certain regions, but in fact, we’re discovering that it is really affecting us coast to coast.”
What does this mean for Caesarian deliveries?
If your baby is born by C-section—also known as
“—the shortage shouldn’t affect you. Since freezing is only required for a defined amount of time for the surgery, epidurals aren’t routinely used. “For that, we would simply do a one-time injection,” says Dr. Filteau.
What are some pain-management alternatives?
Hypnobirthing
If you’re due imminently, taking a hypnobirthing course may not be an option, but there are lots of videos you can watch to learn
the principles of hypnobirthing,
which is largely about visualization and breath work, tools that can be helpful in managing the anxiety surrounding delivery, as well as the pain. “I’m not into that ‘woo’ normally,” says Jennifer Kotler, who used hypnobirthing recordings in preparation for her two unmedicated deliveries. “But I did find it helpful for practicing breathing and trying to stay grounded.”
A core message of hypnobirthing is that your body knows what to do when it comes to labour and delivery, and watching
recordings of unmedicated deliveries
can help you feel empowered and equipped for labour, as was the case for Erin Hug, a New York-based mother of two, who says hypnobirthing helped her feel “so prepared for how to rely on my own body to manage the pain.”
Nitrous oxide
You may associate nitrous oxide, or “laughing gas,” with dentistry, but it has been used in obstetrics for at least a century—particularly in the UK and Australia—for its ability to help labouring folks disassociate from pain by slowing the nervous system. A nurse will give you a small hand-held mask and show you how to self-administer the gas by inhaling in the lead-up to contractions.

For Toronto’s April Barmania, whose epidural in her first delivery stopped her contractions, using nitrous oxide as an alternative in her future deliveries was “just enough to take the edge off of the sensation of the contractions,” she says.
Sterile water injections
Safe to use at any point in labour, a nurse injects a small amount of sterile water (0.1mL to 0.2 mL) just under the skin of your lower back, where it begins working within minutes to block the pain. For the past 40 years or so, this method has been used in obstetrics in Sweden, and studies have found that it significantly lowers pain scores, particularly when it comes to back labour.
“The sterile water injections were AMAZING!” says Rachel Thomas, a Toronto mom who tried nitrous oxide for her first delivery but didn’t like it because it made her feel claustrophobic and high. Eight hours into labour with her second, she says, “My husband kept asking me if I wanted an epidural because he felt I had reached my limit. I was basically non-responsive on the bed between contractions because I was so tired.” Her midwife suggested sterile water injections. “They felt like tiny pinches in my back and within three or four minutes, I had so much energy. It was wild how effective it was,” she says.
Narcotic analgesics
Narcotic painkillers such as Demerol, Morphine and Fentanyl can be administered as an intramuscular injection or through an IV, to effectively dull the pain, without numbing you the way an epidural does. The specific narcotic your physician orders will depend on what stage of labour you’re in.
“A lot of people hear the word ‘fentanyl’ and are terrified, and rightfully so, given the opioid crisis that’s been going on,” says Alix Bacon, President of the Canadian Association of Midwives. “But I do reassure my clients that our fentanyl is of course pure, and the dose is calculated exactly to their weight, so it’s very safe and controlled.”
TENS Machine
A transcutaneous electrical nerve stimulation (TENS) machine is a small, battery-powered device that lets you self-administer small, electrical currents to your body via two electrodes stuck to the skin, typically on your lower back.
Not much research has been done on the effectiveness, but at the very least, the tingling sensation it emits can help distract you from contractions and get you through early labour. The machines can be purchased or rented for personal use, and many doulas, midwives and even some hospitals have them on hand.
Other pain-management strategies
This list isn’t exhaustive—there are many other options for managing pain, such as a warm tub, massage and vocalizations. Read about them in our
Complete Guide to Managing Pain During Labour.
How to choose a pain-management alternative
Which one is right for you? Every person is different and experiences pain differently. “Talk to your providers ahead of time,” says Kotler. “My midwives gave me a lot of information about all the medical options and other strategies folks used.”
And as for Roller? She ended up
using laughing gas to help manage the pain of the contractions. “All in all, whatever pain each person has to overcome, is nothing compared to seeing and holding your new baby for the first time,” she says.
Stay in touch
Subscribe to Today’s Parent’s daily newsletter for our best parenting news, tips, essays and recipes.
Email

What Horrific Things Could Contact Lenses Do to My Eyes?

Beyonce Her Mom Are Virtually Twins As Babies

16 Moms Who Are Better at Instagram Than Their Famous Children